Asalyah, the Evil Queen:
The King Rules the Country, but the Woman Rules the House.

This article was printed in the Kankan Journal Vol 2. Issue 11 Iyar 5780

In the first of this series exploring the queens who ruled throughout Jewish history, we covered one of the most righteous of female rulers, Shlomtzion HaMalka.  Now, we will speak of her polar opposite, Asalyah (Athaliah).  While Shlomtzion almost single-handedly saved the Jewish people, Asalyah almost destroyed us.  The only commonality between them is that they both belonged to families that were consumed by bloody internal fighting.

In Tanach, Asalyah is first described as being the wife of Yehoram, King of Yehudah, in 714 BCE.[1] Yehoram is described as going in the ways of the Kings of Yisroel (which is intended as a pejorative) just like Achav, for he married Achav’s daughter.  The daughter is later identified as Asalyah.[2]

The difficulty in pinpointing Asalyah’s lineage stems from the fact that when she is identified by name, she is also identified as the daughter of Omri (Achav’s father) which would make her Achav’s sister.  So, was she Achav’s daughter or sister? The Metzudos Dovid[3] writes clearly that she is Achav’s daughter, and is not bothered by the association with Omri for two reasons.  First, Omri raised her and was particularly close with her.  Furthermore, grandchildren are like children (and often referred to as such in Tanach).  Josephus concurs in this position.[4] While there are other scholars who argue that she was in fact the daughter of Omri,[5] their rationale is difficult to substantiate, and likely stems from a prevalent bias in academia against citing classical meforshim.

It is traditionally assumed that Izevel (Jezebel) was Asaliah’s mother, both because she is the only wife of Achav mentioned in Tanach, and because both women introduced the worship of Ba’al, to the Jewish people.  Izevel in the Northern Kingdom of Yisroel and Asaliah in the Southern Kingdom of Yehudah.

Yet there are those who dispute this assumption.  Rabbi Chaim Dov Rabinowitz argues that Izevel was not Asaliah’s mother.  He maintains that although she was the daughter of Achav, she is referred to as a daughter of Omri only to prove that she is a Jewess.  Since, according to some commentators[6], Izevel never converted sincerely to Judaism, were she Asaliah’s mother, the latter would also be a gentile with no familial connection to Omri.  By Yirmiyahu HaNavi (Jeremiah)[7] identifying her as a descendant of Omri, he is telling us also that she was indeed Jewish and not a daughter of Izevel, but rather of an unidentified Jewess.[8] Those who maintain that Izevel was the mother of Asaliah (and Achaziya and Yehoram as well) do maintain that she was in fact a sincere convert to Judaism who later embraced the ways of her youth.[9] To say that Izevel was not a Jewess and was the mother of Asaliah, Achaziya and Yehoram is not an option because then the whole subsequent line of the House of Dovid in Yehudah would be gentile (including Moshiach!).

We have established that Asaliah is the child of Achav and perhaps as well of Izevel, and, like her parents, was an evildoer.  This presents the following enigma: The Navi states that Achav was worse than all of those Kings of Yisroel who preceded him.[10] In contrast, Yehoshafat, Yehoram’s father and Asaliah’s father in law, is regarded as a righteous King of Yehudah.[11] How, then, did it come to be that the children of these radically different kings married each other?

The Meam Loez[12] writes that at this time in history “between the kingdoms of Israel and Yehudah there was true peace and friendship.  Though the tribes were still not reunited under a single king, there was no longer conflict between them.” He goes on to say, quoting Rashi, that it was Yehoshafat’s father Asa, also a righteous king, who was the one to make peace with Omri, and the relationship only grew from there.  But this only adds yet another mystery to be explained: of Why would righteous kings of Yehudah like Asa and Yehoshafat seek to forge a positive relationship with wicked kings of Yisroel like Omri and Achav?

To understand this dynamic, we must understand the times.  The schism between the two kingdoms was only supposed to last for thirty-six years,[13] corresponding to the years that Shlomo HaMelech had been married to the daughter of Pharaoh.  When these thirty-six years passed, Asa was on the throne of Yehudah, and he intended to mend the breach.  This was a marked departure from the position taken by the two Kings of Yehudah who preceded him, his grandfather Rechavam and father Aviyam.  The former was the one who solidified the split initially, and the latter continued it.  [14]

The situation looked promising for Asa’s peacemaking efforts because Basha, King of Yisroel, had wiped out the house of Yeravam Ben Nevat, who originally precipitated the splitting off of the North, established idolatry as the state religion, and lost his portion of Olam HaBa in the process.[15] Both of the original protagonists were now gone, along with their direct descendants.

Unfortunately, Basha had no intention of just being a steward of Yisroel until reconciliation could occur.  Instead, he proved early on, to be evil just like Yeravam, as would ultimately be the case with every King of Yisroel.  He even provoked a war with the Kingdom of Yehuda.  Asa went to war thirty-six years after the split with full intentions of bringing the kingdoms back together.  When it didn’t happen through war and after several subsequent regime changes, Asa once again extended an olive branch.  This time, King Omri accepted it, and in the ways of alliances of antiquity, the families intermarried.

R’ Pinchos of Koretz taught in the name of the Ba’al Shem Tov that “even though a broom is used to clean the house, it becomes dirty and must be thoroughly washed until it becomes clean again.  Similarly, a person may have done much to cleanse the world, but he should not become proud—for who knows what may cleave to him?”[16] While Asa and Yehoshafat were able to remain righteous throughout their reigns, [17] the dirt would surface during the reign of Yehoram, King of Yehuda.  Instead of the kingdoms reuniting under one G-d, the worship of Ba’al would run rampant throughout both kingdoms.  It was only in the merit of King David that his house was not completely eliminated.[18]

Things for Yehoram started off on a horrific note.  He killed all six of his brothers so that there would be no contest to his ascent to the throne.[19] Then, before he had ruled for even one decade, he and all of his sons were killed in war, save for one son, Achaziah.  At this time, fulfilling the prophecy of Elisha, Yehu waged a rebellion against the house of Achav in the north successfully wiping out the entire family including Achaziah King of Yehuda.  The path was now clear for the Queen Mother, Asalyah, to ascend to the throne.

Like her husband before her, Asalyah wanted to make sure to remove any possible impediment between her and the throne.  She embarked on a mission to destroy all possible claimants from the House of David, including her own grandchildren.  It was only the House of David that she intended to eliminate, leaving her rulership to the children she bore from extramarital relationships.[20]

Ya’akov Avinu (Jacob) promised Yehudah that the scepter of leadership would not be removed from his tribe until Moshiach comes,[21] and our story indeed accords with this prophecy.  The heroine who brought Yaakov’s blessing to fruition at this time was actually Asalyah’s own daughter Yehosheva!  She conspired with her husband Yehoyada, the Kohen Gadol, to hide the youngest descendant of King David, Yehoash.  The prince was only one year old at the time.  The chosen sanctuary for the boy was the Beis HaMikdash, and specifically the Kodesh HaKedoshim.  In the seven years of her reign, Asalyah did as much damage as she possibly could, instituting the worship of Ba’al as the state religion and defiling the Beis HaMikdash.  Yehoash, though, was kept safe from her wrath.

In 705 BCE, when Yehoash was seven years old, Yehoyada rallied the Kohanim, Levi’im and aristocracy to avenge the House of David and place the young prince on the throne of Yehudah.  The populace rallied behind the rebellion, yet Asalyah remained oblivious to her approaching fate until the cries of “Yechi HaMelech (long live the King) resounded within the Beis HaMikdash.  The Temple of Ba’al and all its statues were destroyed.  Asalyah was apprehended and slaughtered by the sword in her palace, much to the jubilation of the people.

Yehoash was one of the longest-serving kings of Yehudah, ruling for thirty-nine years.  For the most part, he followed in the ways of David.  He worked to refurbish the Beis HaMikdash from the damage it had endured during the rule of the kings who preceded him and to eradicate idol worship from the country.  Towards the end of his days, however, the seed of Achav would reassert itself.  Yehoash had a falling out with Zecharia; Yehoyada’s son and successor as Kohen Gadol, and Yehoash’s own son-in-law.

The people had begun to idolize Yehoash, ascribing divinity to him due to the fact that he had lived in the Holy of Holies for six years, a place that is only supposed to be inhabited by the Kohen Gadol on Yom Kippur.[22] On Yom Kippur, in the Beis HaMikdash, Zecharia decided to rebuke the people for their actions.  But the King, his cousin and Father-in-law, ordered him to be stoned to death in the Beis HaMikdash on Yom Kippur, forgetting the kindness that Zecharia’s parents had done in preserving his own life.  Yehoash was subsequently killed in bed by his own servants, who realized the errors of the King.[23]

Zecharia’s blood lay bubbling miraculously on the floor of the Beis HaMikdash for the next 240 years, and nothing could be done to cleanse the stain.  When Nevuzaradan, the commanding general of the Bablylonian army, entered the Beis HaMikdash as it was being destroyed, he encountered the strange sight.  When he inquired, the people told him that it was sacrificial blood from animals.  Sensing the lie, Nevuzaradan threatened to take off their skin with iron combs if they refused to tell the truth of the matter.  The people then related the story of Zecharia.  Nevuzaradan said ‘I will appease him!’ He brought rabbis and judges into the Beis HaMikdash and slaughtered them before the puddle, but the blood kept boiling.  He then brought young Kohanim, and then large numbers of men and women, slaughtering 945,000 people in all, yet the blood boiled still.  Finally, he yelled out ‘Zecharia, Zecharia!  I have destroyed the best of them!  Do you want me to destroy them all? At which point, the blood ceased to bubble.  Nevuzaradan was so shocked by what he had witnessed that he reasoned to himself, “If this was the punishment for the unjust assassination of one man, what would his own punishment be?!?’ He became inspired, repenting fully, and became a Jew.[24]

The life circumstances, family dramas, and political challenges were not that different for both Shlomtzion and Asalyah.  Yet, these two women took their kingdoms in very different directions, with both of them persevering over their husband’s philosophies and actions.  The biographies of these two women serve as clear affirmation of the words of Shlomo HaMelech (King Solomon) Chachmos noshim bonsa baysah (the wise among women each builds her house).[25] As Nia Vardalos says “The man may be the head of the household.  But the woman is the neck, and she can turn the head whichever way she pleases.” 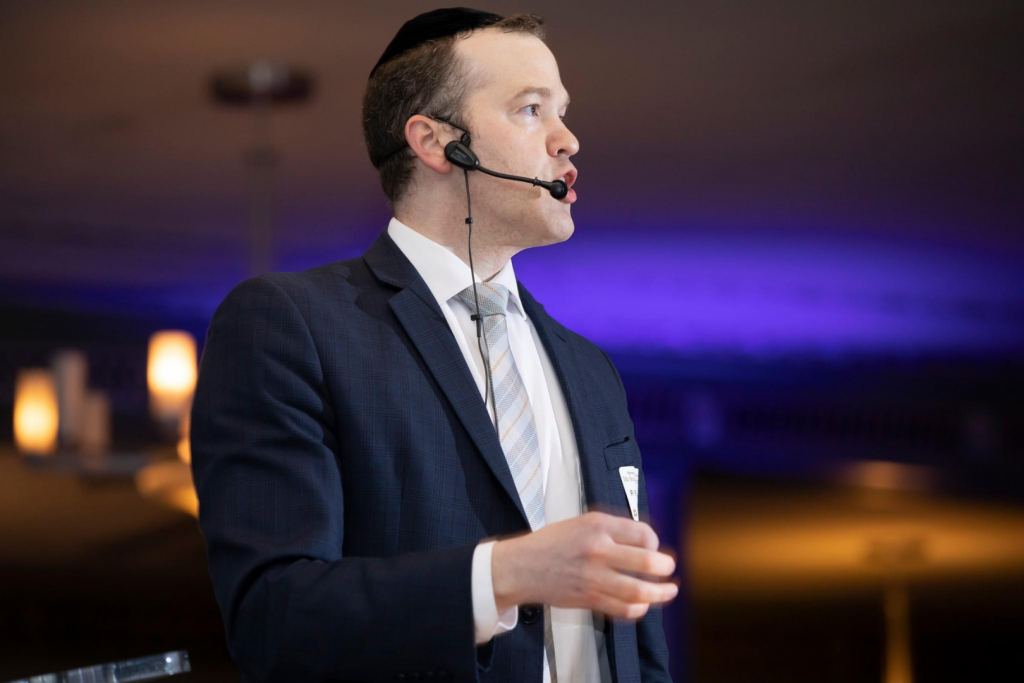 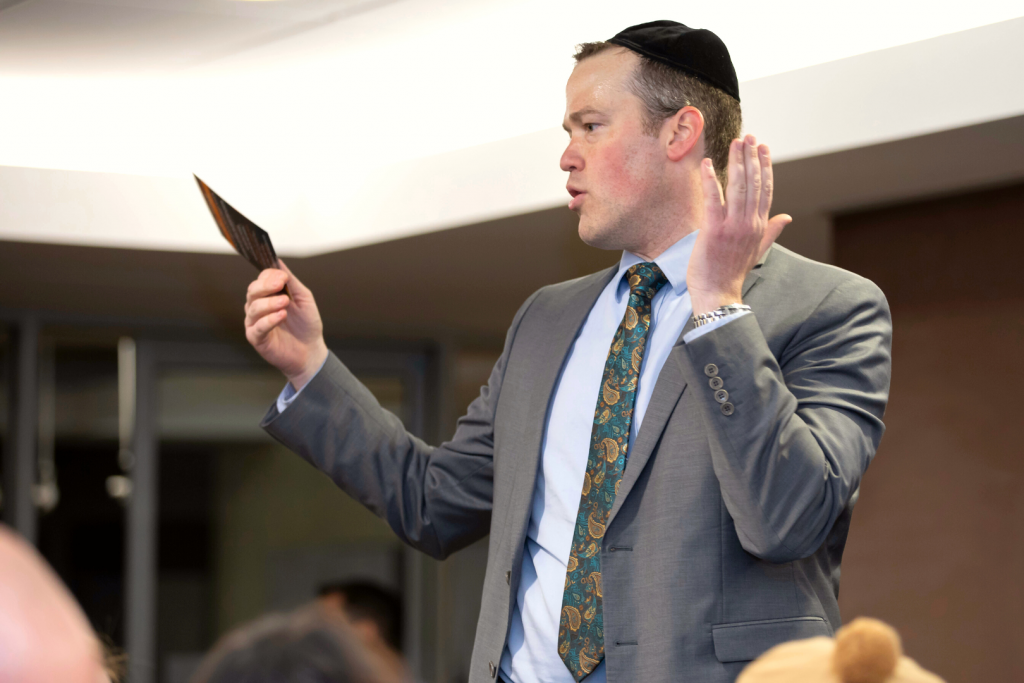