Parshas Netzavim: The times, they are remarkable

This article was printed in the Cleveland Jewish News.

We live in unbelievable times. As the world is moving so fast around us, it is hard to take the time to slow down and appreciate it.

We are the first generation in nearly 2,500 years since the destruction of the First Temple, that can witness the majority of the world’s Jewish population living in the land of Israel. Remarkable.

What is even more remarkable is when we consider that 2,500-year lapse and what we endured. The persecution of the Babalonians and Persians. The call to build the Second Temple and the Second Commonwealth, which was ignored by the majority. Indeed, the majority of the Jewish population during the Second Temple time period remains in Babylon.

The Roman persecution, wars and destruction. Millions of Jews being slaughtered and enslaved. The onslaught of Christianity. The rise of Islam. The Crusades. Spanish Inquisition and Expulsion The Chmelnytzki Massacres. Shabtai Tzvi. The Haskala. World War I. The Bolshevik Revolution. World War II. The Holocaust. And after all that, we are not only still here, few in number, dispersed all over the world, observing the same Torah, but we make our way home and flourish. This alone is a fairytale.

If we had told our ancestors at any point in the aforementioned narrative, ‘Don’t worry, one day we will return to Israel,” while they were yearning for it, the reality was so far from them. Yet, here we are. And if this miraculous picture is not enough, top it off by the fact that it was all prophesied by Moshe. He tells the people, don’t get too comfortable in the land because you won’t be there long. You will be conquered. Dispersed. Persecuted. Oppressed.

But don’t worry, because in the end you will return to the land promised to Avraham, Yitzchok and Yaakov. The land of Israel. We live in the generation that has been privileged to see every step of this prophecy come true. 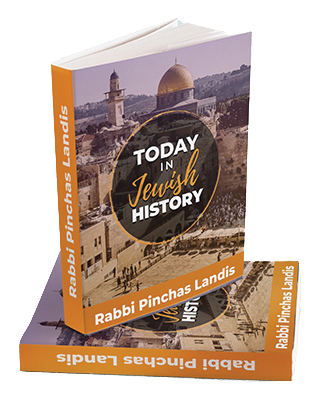